Now playing at the Comedy Theatre, Melbourne until March 16 Playing at the Crown Theatre, Perth from May 14-June 5 and returning to Sydney’s Theatre Royal in July 2022

Jukebox musicals are often a risky proposition. Crafting a narrative out of a collection of songs from a specific era or artist is a difficult thing, and for every Mamma Mia! or Rock of Ages, there are countless other musicals which have adopted this technique but haven’t quite pulled it off.

Thankfully though, Jagged Little Pill, using Alanis Morrisette’s landmark 1995 album as its basis, is one of the best examples of how to do this type of show correctly. With a book by Diablo Cody (Juno, Young Adult), and featuring hits such as You Oughta Know, Ironic and Hand in My Pocket, this story of a fractured family is a moving and heartfelt one, and the characters are all well-realised and three dimensional.

While the clever pun of this show’s title went right over my head until I said it out loud, there’s certainly nothing subtle about the show itself, a rollicking, floor-rumbling 90-minute all-female drumming extravaganza that constantly finds ways to reinvent itself and keep the performance fresh and innovative.

The Dumtectives In Cirque Noir is a dazzling hour of breath-taking slapstick and comedic brilliance. The brainchild of local circus company Dummies Corp, Dumtectives, staged at the Famous Spiegeltent in the Arts Centre forecourt, uses the framework of a 1940s film noir as a springboard for acrobatic stunts, cheeky stripteases, bawdy burlesque, marvellous mime, astounding juggling feats and innovative puppetry, all incorporated into what is a largely dialogue-free show. 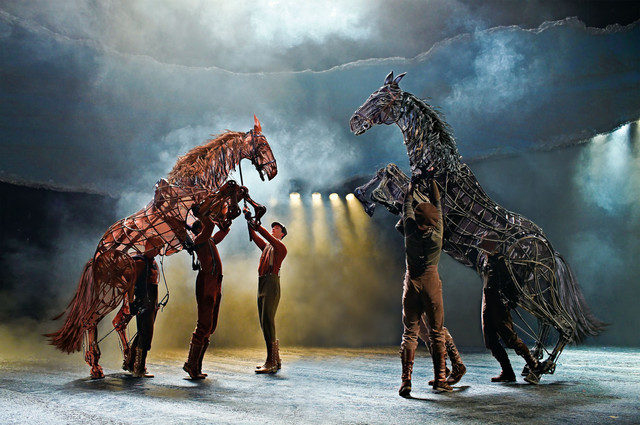 END_OF_DOCUMENT_TOKEN_TO_BE_REPLACED

What: Chicago The Musical
Where: The State Theatre, Arts Centre Melbourne

A truly iconic musical, Chicago has graced the stages of Melbourne many times in the past, but this current revival, just having opened in Melbourne after sell-out runs in both Sydney and Brisbane, will surely rank amongst the very best of them.

END_OF_DOCUMENT_TOKEN_TO_BE_REPLACED

On Tuesday June 11th, Melbourne’s iconic Princess Theatre, currently housing the local production of Harry Potter and the Cursed Child Parts I and II, pulled double duty by also playing host to the Helpmann Awards Nomination ceremony, ahead of the Awards ceremony itself, to be held at Melbourne’s Arts Centre on July 14th and 15th.

END_OF_DOCUMENT_TOKEN_TO_BE_REPLACED

Tribute acts have always had a bit of a stigma attached to them by some members of the public. While tribute artists make up a huge sub-section of the music industry, there are still some audiences who refuse to see a tribute show, as if attending a concert by such a performer is to somehow besmirch the reputation of the real artist they’re honouring.