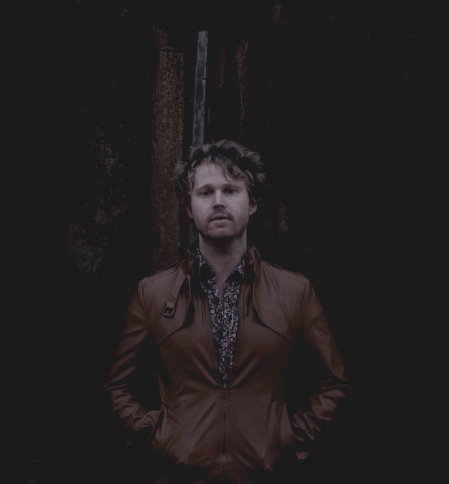 Currently working by a radio producer by day and touring with his band, The Tamers, at night – I caught up with Adelaide-based singer/songwriter, Thom Lion.

It’s been a busy couple of months for Thom. After the release of his debut EP, Sleep Riots, he toured extensively playing some of Australia’s biggest festivals: including Adelaide’s Fringe Festival, Teneriffe Festival in Brisbane and making his St Kilda Festival debut this year.

“[St Kilda Festival] was really good. It was awesome that there was that many people there!”

That same week he flew down to Melbourne to start work on five new tracks. Working alongside producer, engineer and multi-instrumentalist John Castle (Vance Joy, Cub Sport, Josh Pyke) of Shed Studios (whom had a hand in the overall sound of his first release) to produce the new demos off his upcoming EP.

“It’s very free-flying. It’s a lot less, you know how the piano is kind of weighted and more emotive; these songs are emotive but more guitar-driven, so you can dance more – the beat is different. We’ve started recording them and it’ll probably take a few months until they’re finished.”

“I like working with John because he can turn something that is good, but needs like a better hook or something – he just knows how to do it!”

Thom debuted one of those demos, titled Spattered Words into his set at St Kilda Festival. The others they’ve yet to play live, due to only Thom and his drummer, Troy being familiar with the songs as of yet. Understandable, as not only are the demos being recorded and produced in Melbourne, but Thom began writing them in his hometown of Adelaide, before completing them during a recent trip to Norway, starting demoing on his Corg keyboard and laptop during his plane ride home.

“I went to Norway to finish all the songs – ruminating on them and starting the demos – so they’ve got a bit of Norwegian flavour. I had 6 or 7 songs there. All of them were 70% done, and then I went to Norway and I finished the lyrics and ideas.”

“[If I hadn’t have gone to Norway, the songs] probably would have sounded like a stressed out version of me. Norway allowed that space to let it play out. It was a good life except they get like two hours of sunlight a day, which is tricky.”

Thom is used to sleepless nights. Sleep Riots was named referring to his vivid night terrors he’s had since he was a kid. Last time we spoke, he shared a recent dream about basketball-sized spiders being in his bedroom. Luckily for me, he had a dream the day before we spoke and was happy to share the details.

“I was standing in a queue with a bunch of people who all had to write on a piece of paper the secret to life – it’s pretty open ended there. [American businessman, author and philanthropist] Tony Robbins happened to be across from me. He was writing on the ballot paper, but he didn’t put it in the ballot. So I tried to steal his ballot paper, because I wanted to know Tony Robbins’s secret to life. But the people over seeing the ballots caught me, told me I was stealing, and told me off. I felt bad about it. Tony came over and put his hand on my shoulder and consoled me. I don’t know what he said, there was no words, but Tony was there though – pretty special dream.”

With such intricate dreams who knows where this could creativity lead in his musical storytelling. This is evident in his latest video, the very cinematic, November (from Sleep Riots), which sees Thom don a full Lion suit to rescue his friends, in other various animal costumes, from the big, bad animal catcher. It’s fun, creative and memorable. It’s one of those videos that stay with you (the word ‘iconic’ comes to mind) and that’s something he carries into his live show entertainment. Troy stands up to play the drums during one song and Thom ends his set with a handstand.

“It’s funny what goes on in your head before [the handstand]. As I’m dancing around, my brain’s going, “okay, here comes the handstand – don’t fuck it up!” Then I jump up like, “don’t fall over, don’t fall over!””

He describes his music as catchy, emotive, alternative pop. But something that truly sets him apart from your average pop singer is a front man behind the piano.

“The piano is more of a rarity these days [as] you see a lot of artists on guitar. Anytime I see a band that comes up that has piano in it, I’m a big fan. Piano is my main instrument [and the one I’m] most comfortable [with]. I love the emotive feel of the piano, how deep it is and how I feel like piano songs can touch your saddest emotions more than other ones. The piano can just go to places that other instruments can’t – just as the guitar can go to places that the piano can’t.”

Although he brings a portable keyboard with him on the road, as the physicality of bringing a piano on tour with them just yet is not possible, it is something Thom would like to bring to his shows in the future.

“I would love a big upright piano so much more! I think once we reach the status of Coldplay, we can start wheeling through a real piano, but until then I’ve just got to cope. It’s okay as long as the keys are weighted; if keys aren’t weighted, I’m fucked, because I’m so used to pressing in a certain way. When I record, I record with a real piano and that’s easier because it feels normal.”

[Originally posted at the AU Review]