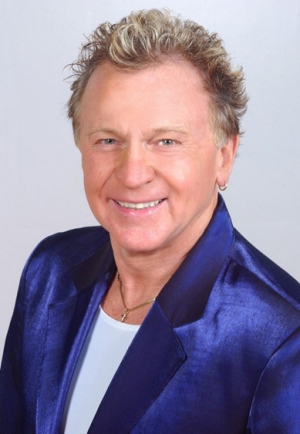 To celebrate fifty years since the release of It Ain’t Necessarily So, Normie Rowe brings FRENZY! – The 50th Anniversary Collection. The new album features 30 of his hits from 1965-1968 remastered for 2015. I attended his album launch yesterday – but before I get to that – here’s the interview I did with him last week.

We decided to go back and revisit songs we recorded in the 60s as a celebration of the 50th anniversary of the release of my first record It Ain’t Necessarily So. To point out the fact that in those times the pop music world was incredibly frenetic. The kids were more enthusiastic about the music than hither to been seen. Much more enthusiastic than I guess the Rock ‘n’ Roll period or the Bobby Socks’ period of the early Frank Sinatra times. The kids were just like maniacs! To get out of a venue with some article of clothing in tact or some part of your hair still on your head was quite a miracle. So we chose the songs that were pretty reminiscent of the sort of things we were singing and playing in those days.

And the album has not been re-recorded but digitally enhanced, is that correct?

Yes, we’ve taken it back. Gil Matthews of Aztec Music has remastered the album. [Songs are] brighter, clearer and they leap out at you much more than they used to. He’s done a marvelous job. And I guess, for the listening pleasure of whoever might be listening to it at the time, it wont sound so much like it came out of the recording of 50 years ago.

Did you have much involvement in its making? I imagine remastering an album is quite different to recording a new album.

Constant input conversations went on between Gil and myself. Gil was Billy Thorpe’s drummer for 14 years so he’s got a lot of experience in the music industry – plus he’s also been highly motivated in the recording side of things and mastering of icon albums for his own company. We talked constantly. [Gil] actually plays in my band and will be playing on the the launch night on the 6th of June at the St Kilda RSL, well when I say it’s at the St Kilda RSL it’s in the memorial hall behind the RSL, that is the very venue where I recorded my first record which is 50 years ago this year.

Speaking of the launch, you’re about to hit the road again. Do you think this tour will be one of greater excitement or anticipation to you and audiences than previously, considering 2015 does mark the 50th anniversary?

My life has been organic, it’s just gone on and you change small pieces at a time. I think I know what I’m doing a lot more now than I ever did before and I also have been able to get comfortable where I am. So the shows are always good [and] we always seem to sell out. We always seem to have a great time with the audience and after the show, I sit down and, while our merchandise manager is selling some merchandise for us, I’m happy to sit and sign autographs or have photos taken and meet the people who have been supporters of mine for all these years. Some of them bring their original of It Ain’t Necessarily So along with them and I sign that. And I’ll say to the ladies, “have you been married more than once?” “Oh yes.” “So you’ve keep my record longer than you were able to keep a husband?” And it’s a joke but it’s very flattering from my point of view.

50 years of selling out shows, receiving standing ovations and having fans who clearly still love you in the industry is something not many artists manage to achieve and in some cases, it’s almost unheard of. Is there a difference between the fans from your earlier days to nowadays, other than perhaps age and ex-husbands?

They’re not taking articles of undergarments off and throwing them at the stage anymore, but apart from that there is a lot of the enthusiasm [and] knowledge out there. A lot of people come and say, ‘I liked your third record’ or ‘I loved that album you recorded’ or ‘I remember such and such an event’. I was at Colac last week in Victoria and people came up and said, ‘I was at the first concert you ever played in Colac.’ And I said, ‘down at the theatre which is now the RSL.’Oh do you remember that?’ And I said, ‘you know, I almost remember every venue I’ve ever played’ and we have a chat. It’s a wonderful conversation we can have.

You recently performed for the first time in 40 odd years with the original Playboys, who I understand are also coming to the album launch. What was it like working with them again and how did those shows come about?

We had some requests for the old thing to come together. It was pretty good. A few of the songs started off being a little rusty but we rehearsed them well. The bass player hadn’t actually played a musical instrument for forty years. [He] went out and bought a bass and an amplifier. We fired him up! He’s playing in a local band up at Benalla. It was fabulous fun. Unfortunately some of the guys have businesses that they have to stick to so it was really hard to get everybody together at any one time. We’ve gone back to doing what we were doing before and we’ve just called this band the new Playboys.

You must have met and worked with some pretty amazing musicians. Is there any one truly significant moment that comes to mind?

When I was a kid growing up, I loved the music of a guy called Gene Pitney. When I got to England I landed the job of being one of the support acts for Gene Pitney on tour. We did 42 shows together and I watched his masterful job of entertaining his audiences from the side of the stage. He was a clever songwriter and a wonderful musical producer. He understood all facets of the industry and it sent me, not on a completely different journey but a completely different understanding of what it takes to be, if you like, a ‘master’ entertainer.

You’ve also worked with Jimmy Page and John Paul Jones. What was that like?

It was fantastic! They were part of a large orchestra – the strings were the London Philharmonic Orchestra; the horns section, all the trumpets and saxes, were from the Ted Heath big band; The Breakaways and The Ivy League did all the vocal backings; and the rhythm section were two guys who ended up in Led Zeppelin – the bass player John Paul Jones and, of course Jimmy Page. The drummer was supposed to go to Led Zeppelin but decided to be a side man in the recordings so he stayed on and recorded 42 #1 hit records including the original version of “Shakin’ All Over” which I covered a lot of years later. It was a huge experience working with all of these people who were world class performers and to be able to see these other guys working live. To go to a show and see Otis Redding live and then go and meet him backstage, I was just totally agog by all this. It’s just fantastic.

Your musical career is a great example of how hard work pays off. How do you feel about how artists are found these days through reality television or YouTube? Do you think that’s the right way, or is it important for artists have to take time to develop their stage style, charisma and identity?

I think the good ones sustain and the others fall by the wayside and that’s always been so. I think we have an incredible champion for Australia in one Guy Sebastian who did a marvelous job on Eurovision. His performance was just brilliant! And congratulations to all those people who somehow got Australia represented there in Eurovision, because every second word that came out of the television was “Australia” “Australia” “Australia”. That can only be good [and] they’ll be looking towards Australia for perhaps some of the big stars that we’ve been able to uncover through television like The Voice and Australian Idol and those things – they’re very important shows to have.

The only problem I see is, wouldn’t it be nice to have a show where the people who won the contest could go on and be seen on a regular basis doing some more stuff like we used to have? Once upon a time there were 61 live music spots available on television a week in Australia and now you’re lucky to find about ten music spots in the studio or recorded live. It’s a shame. I think NITV (National Indigenous Television) are doing a great job for indigenous musicians and singers but the rest of the channels need to wake up to themselves I reckon.

Is longevity the greatest gift a musician can hope for?

Yeah. We all start off with the hope of doing that magic thing called “making it”. My early mentor Stan “The Man” Rofe from 3KZ in Melbourne in the early 60s; I was about 13 years old, he said, ‘if you’re not made it by the time you’re 19, it wont be too late.’ And I can remember thinking, ‘I’m going to be an old man by the time I’m 19!’ But I think you’re right, longevity is a gift but I think it’s also an attitude.

What advice would you give to someone hoping to start a career in music?

Work hard, take advice from experienced people [and] understand, especially if it’s music you’re playing, that it’s a collaboration between you and an audience. The audience loves familiar material. They love to hear songs that they’ve heard before. So if you’re going to go out there with a complete repertoire of new songs don’t be surprised if the people get bored after a little while. My suggestion is to do what I did or what The Beatles did or what The Rolling Stones did in that inject your version of songs that are familiar to the audience into your show so they’ve got something to cling on to in between the songs that you’re writing so that the songs you are writing get a chance to become familiar to them.

If you’d like to find out more, please visit: http://www.normierowe.com.au/site/

Originally posted at the AU review