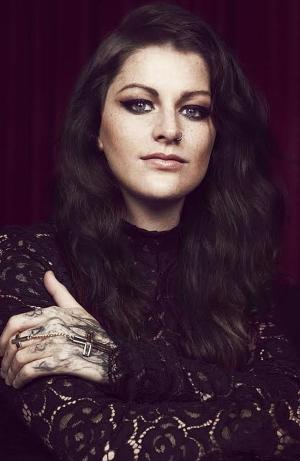 Karise Eden first entered the music scene when she won The Voice back in 2012. After a break from the industry, Karise is back with her album Things I’ve Done, and is on the road again bringing her music and new baby with her.

So let’s talk about the album, Things I’ve Done – Why did you choose that as the title and how did you go about making the new album?

The album is full of songs talking about my life, what I’ve done or experienced. At the same time it’s songs I’ve been working on since my first album (and beforehand)… so it’s me literally saying, ‘here you go, here’s what I’ve been doing since my last album!’ [laughs]. I wrote the album all over the place – London, LA, Melbourne, Sydney and on my farm in Queensland. We recorded most of the album in Sydney and Melbourne with a few really killer producers.

You’ve spoken very honestly about your break from the limelight. Did those experiences help shape the new album?

Yeah for sure, some of the songs like She Don’t talk about that time specifically. But aside from that, the time I took to write and return my life to a normal pace taught me a lot and gave me some perspective which shows on the album I think.

You’ve joined forces with Oz Harvest on your new single Loneliness – what does the charity do and why did you choose to support it?

They basically raise awareness about food wastage and rescue food that’s going to be thrown out and distribute it to people who need it. I first teamed up with Oz Harvest when I performed at their CEO Cook-up event earlier this year. When I saw firsthand how they help people I wanted to do more so we teamed up again for the film clip for my single Loneliness which turned out great

Yeah, it’s forcing me to be more efficient with my time [laughs]. Having Blayden [is] definitely influencing my lyrics and perspective.

What kind of music will Blayden grow up listening to?

You started performing at a very young age, what was it about music that drew you to it?

It was a good outlet for me and I guess it came easier to me than sports/studying.

You certainly made an impact when you first auditioned for The Voice back in 2012 and you were clearly one of the judges favourites from the very beginning. What was it like going from nobody really knowing your name to an overnight success? Was it just sheer pandemonium that took some getting used to?

It really is a whirlwind that you can’t prepare for. Everything happens really fast and you don’t have time to think about it but then after a while it becomes the new normal which is a strange thing.

I asked Reece Mastin this same question – there is often a lot of shit said about artists who come from reality-television backgrounds. Do you find yourself constantly having to prove yourself as an artist?

I don’t think about that too much but it was awesome to release my album Things I’ve Done which I wrote or co-wrote 11 out of 12 tracks on. It’s fun to sing covers but nothing beats writing a song and seeing it connect with so many people.

You broke Australian records by having 4 of the Top 5 songs on the ARIA charts in one week. It must feel pretty good to hold that title, especially considering that achievement was last held by the Beatles back in 1964?

Yeah, it was pretty crazy! Still can’t believe it really!

If you could record or perform live with any artist, who would it be?

To sing on stage with Jimi Hendrix back in the day would be pretty awesome!

You’ll be touring in June, what preparation goes into a new tour?

Well now there’s a lot of baby preparation that goes along with it since Blayden’s coming along. Other than that it’s been fun getting my band together and rehearsing up the songs. I’m playing a lot of these songs live for the first time ever which is exciting.

Are you looking forward to being on the road again?

Yeah, I can’t wait to visit a lot of these places for the first time and the band are an awesome bunch of blokes so it’s going to be a fun one. Blayden is ready to go with his camo-earmuffs [laughs]. I’m really looking forward to singing live again and busting out these new songs.

Best of luck with the new album and upcoming tour. I hope it all goes well for you!

For more on Karise, please go to: http://www.kariseeden.com.au/

Originally posted at the AU review.