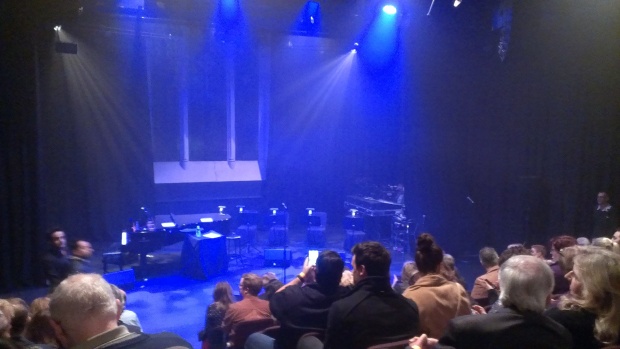 I’m going off memory so some details may be slightly off – but I try my best to remember correctly, otherwise, I don’t put it in here.

It feels so strange writing about this when it feels like it was oh so long ago. I was lucky enough to be invited to Josh Groban’s super secret An Evening with ... in Melbourne at Chapel off Chapel. Why was it super secret, you ask? Well, it was only open to media officials and contest winners. You could not buy tickets to the event, and that made it all the more special.

I’m not going to go into huge detail with this write up but I wanted to share some funny tidbits with you all – as, if you’re a Josh fan, you would know how wickedly funny he is – and this night was no exception.

Josh said that this was probably the smallest gig he’s ever played in his career. There were such amazing acoustics in the room. We weren’t allowed to take photos – which everyone seemed to respect (amazingly!) but that makes it all the more special for all the people who attended that night. I can’t stress enough how amazing it was. Even Le Temps Des Cathedrales bought a tear to my eye. It’s my favourite song off Stages too. I felt like there was a real connection

I’m sure that I’m forgetting a whole bunch of things that were said but I wanted to thank every single person at Warner who made it possible for me to attend. It was by far, the best concert I’ve ever been to. It was so intimate, so special and just sweetly, the best.

2 thoughts on “An Evening with Josh Groban in Melbourne”