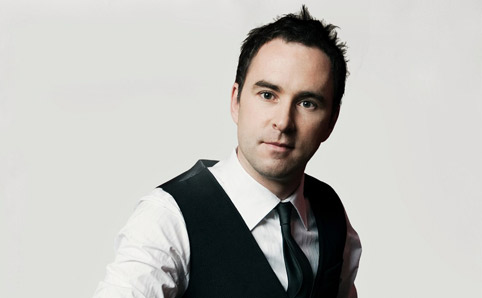 In 2006, Damien Leith won over our hearts, becoming the fourth winner of Australia Idol. Now, ten years on, he’s hitting the road sharing untold stories, singing rare songs and meeting the fans on his intimate and acoustic, The Winner’s Journey – 10th Anniversary Tour.

Last time we spoke, you were about to hit the road for the Roy – a tribute to Roy Orbison tour. How did it go?

It was brilliant! If anything, we probably did too short of a run, because we only did the 6 shows. It’s something that I’m going to have to revisit again at a later date because it was very popular. Because, with the show itself, we don’t impersonate or do anything to emulate him at all – I think people really liked that because you’re hearing the familiar songs but you’re hearing them done in a newer way.

And now you’re on the road again on your massive The Winner’s Journey – 10th Anniversary Tour.

It’s pretty big. [It’s been] ten years since [I won] Australian Idol, so we’ve been talking and planning it for a while. Then when all the dates came together, I looked at it and went, “Wow! That’s a busy run!’ Definitely between now and Christmas, every single weekend is gone, but that’s great – it’s a good complaint (laughs).

I understand that people can request songs as well, is that right?

They have been already requesting songs that I would have done throughout the years, but there’s been some really random ones that have been coming up – songs I haven’t sung in ages! Songs that were B sides or maybe I did once, so it’s a bit of fun.

Someone requested a song the other day called ‘Harry’. I wrote ‘Harry’, about Harry Houdini, the magician, about 15 years ago and they heard it somewhere along the way. Really jogged the ol’ memory trying to remember how that song went (laughs). But you don’t want to be going to show and always hearing the same thing so it’s good from that point of view.

Listening to your albums, your song style is quite different from album to album. How do you go about putting a cohesive show together?

All the shows have been different [and] different in the lay out. We’ve done five of the shows so far – the first one was fully acoustic with me and my guitar player; the second show, we had a four piece on stage; then we had a six piece full band – so it is varied a lot. The different dynamics of the band, even the set list, will change because of who you’ve got – it’s great for us to have that bit of variation. That’s been really good even from our point of view. Depending on the format, we’re trying to structure it so it does have an good acoustic element but gradually getting bigger as the night goes on.

You’ve also been sharing some untold stories with the audience during the shows. That must be a thrill as well.

Over the years tonnes of things have happened, particularly traveling around, touring, always brings up some crazy thing that happens so I’ve kind of been sharing bits and pieces along the way. That’s actually been a lot of fun. There’s a lot of laughing, and a lot of it’s very impromptu. It’s not really what we expect when we go on stage, but start telling these stories and that’ll lead off to something else.

A lot of the stories revolve around Eric [Aranda, my guitar player], actually. I’ve caught his hand in the car door twice, completely closed it on his hand. I mean, that’s not a funny story but it is something that’s happened on the way to a gig. I don’t know what way he climbed into the car but he wrapped his hand around my door to get into the back seat and, on two occasions, I’ve closed the door not knowing his hand was there. The audience never knew he’s up there on stage and his hand was throbbing as he’s playing away on these songs. The show must go on! (laughs)

Apart from traveling, you’ve lived quite an extraordinary ten years, not only in terms of music and songwriting, but along side family life, you’ve written books, hosted a television show, the list goes on and on. Did you have any idea how Australian Idol would go on to change your life?

No, not at all. I had no kind of foresight of what lay ahead or what might give to me and my family as a result of it. It’s been amazing. It’s been a learning curve – there’s been a lot to pick up along the way. It’s been a lot of work. It’s great fun on one side, but it’s also constantly working on the other side – so it’s been a busy ten years on top of everything else. But I’ve been very fortunate, I’m a lucky guy, I get to do what I’ve always wanted to do.

What do you attribute the reasons for your longevity and success?

The thing that’s really helped is a lot of planning and working non-stop. I’m always  working on something for next year – I have recordings that are ready for a release next year, thinking of different tours, different shows that we might do at the end of next year as well, so planning ahead all the time really helps out. It always keeps you focused and keeps you heading in some kind of direction. It’s a business, you’ve just got to always treat it that way.

Do you know the names of your fans who have stuck with you over the many years?

I do know a bunch, half the people who have been supporting me over the years, they’ve called themselves ‘Damienites’. I would know them all by name, they’re always online helping to get the word out about shows and all of that, they’re fantastic. I try to do meet and greets after the shows and you start seeing familiar faces. My worse problem is I’m not great at remembering names so it’s always tough (laughs).

You’re currently working on a new novel and you mentioned you have an album lined up for next year. Can you share any details about both of those?

The new novel’s a kid’s novel. It’s just finished, the whole story is there, I’m just going through the editing stage right now, [getting] it padded out and [fixing] things that aren’t right in it. It’s an adventure story – something my own kids love hearing, so hopefully other kids will as well. I love staying busy, so that’s right up my alley.

You co-wrote Travis Collins’ number one hit, Call Me Crazy. How was it working with him?

Sometimes with co-writing, it can be hit and miss, it’s awkward [or] people don’t get on, but Travis and I hit it off really fast. We both had this idea of where we wanted to go with it, and, long and behold, a few hours later the song was there. And we both knew that we loved it! I’m thrilled with how it’s gone for him. It’s just brilliant when the song gets that kind of response.

He’s such a talented guy. What I love about that song is the story that’s in it. We didn’t hold back in the story – it’s quite honest, which sadly, a lot of people can relate with, so that’s whats really helped that song as well.

Do you think you would ever cover the song yourself?

I’ve sung it around the house from time and time and things like that. I love singing it – but it’s his song. Maybe down the line, you never know. I’m just thrilled that it’s out there and doing its thing.

Do you have plans to write together again in the future?

We already do. We’re planning it for later this year. Whenever I’m not touring or doing shows, I spend most of my time writing with other people for their projects and even for mine as well. I love writing – I try and do it as much as possible!

Originally posted at the AU review