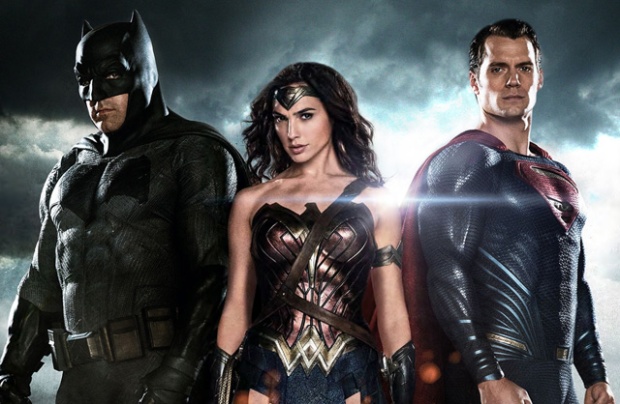 While sitting through the more than two-and-a-half hour Batman v Superman: Dawn of Justice, I was reminded over and over again of the old adage – be careful what you wish for.

For years I’ve wished Warner Bros. would be able to get it together and team up the giants of the comic book world in a royal rumble big-screen showdown. For years I’ve pondered what a team-up of DC Comics’ two most famous heroes could look like on screen, and now I know. It looks like a train wreck. This is a complete mess of a movie that is joyless, soulless and pretentious, a $250 million monument to all that is rotten with modern movie-making.

I am usually a mindless blockbuster’s greatest defender. They don’t all have to be genre-defining masterpieces like Mad Max: Fury Road, if a film delivers solid fun and engages me on at least some level I’ll be more than happy. Star Wars: The Force Awakens and Ant-Man were two recent examples of films that didn’t do anything we hadn’t seen before, but were well-made and fun to watch.

I suppose the best thing I can say about Batman v Superman: Dawn of Justice is that there’s nothing in this movie that is out-and-out reprehensible. The film’s failure is more like death from a thousand cuts. The script is pretty terrible, but there are germs of interesting ideas and some interesting new characters introduced. The acting is unremarkable but nobody is truly awful. The direction is exactly what we’ve come to expect from Zack Snyder, flashy, visually appealing style over substance. The best I can say about Snyder’s direction is that this film is at least an improvement on his god-awful Sucker Punch. The height of his pretension is a dream sequence with flying bat-like demons and Batman battling a squadron of soldiers in the desert. It is a completely pointless scene that is truly head-scratching and pointless, like much in this movie.

The plot is both simplistic and overly convoluted. We’re introduced to Bruce Wayne (Ben Affleck) right away, as the events of Man of Steel‘s climax are taking place, and the 9/11 imagery that this opening scene employs right away tells us that this film is not going to be a happy experience for the characters or the audience. Wayne blames Superman (Henry Cavill) for the deaths of his employees in one of the towers that fell to the ground on that day and vows to rid the world of this all-powerful alien interloper. Meanwhile, Lex Luthor (Jesse Eisenberg) tries to connive a way to get his hands on some Kryptonian technology which he thinks will allow him to defeat Superman himself. His reasons for doing so are kind of vague and despite Eisenberg’s copious dialogue I still had no idea what this character wants or what his obsession with destroying Superman is all about. I guess we’re just supposed to accept that he’s evil and that’s enough explanation.

There’s also a lot of pointless political discussion about the government wanting to control how much power Superman can wield over earthlings, and whether or not he should have to answer for any collateral damage he might cause. Potentially, this is fascinating, but the way it’s handled here is clumsy and ultimately pointless. The great Holly Hunter is wasted in a role as a Senator who takes an active role in policing Superman, like most characters in this movie, she is sorely underdeveloped.

Ben Affleck is decent enough as Batman/Bruce. It’s not exactly a taxing role, all he has to do is look alternatively gruff and glum. Unlike his last superhero movie, Daredevil, he comes out of this one with his dignity intact. If only he had directed this movie as well as star in it. Henry Cavill is likewise OK as Superman/Clark Kent. He still doesn’t look entirely comfortable in the role and I feel his Superman is really quite unlikeable and cold. Two movies in now and I feel nothing for the character. Christoper Reeve instantly won you over with his portrayal of Superman, Cavill just simply cannot fill Reeves’ red boots. I don’t blame Cavill so much as the script, which has, in my mind, completely stripped Superman of all that makes him an interesting and compelling character, and made him a sullen, moody, violent alien.

Supporting players such as Amy Adams, Jeremy Irons, Laurence Fishburne, Diane Lane and even (in a confusing, convenient cameo) Kevin Costner are all fine but don’t have much to do. For a film overstuffed with characters, I never felt like any of them had a moment to connect with the audience, or were able to generate any emotion apart from apathy in the viewer. The closest this film to something atrocious is Eisenberg’s performance. Again, I don’t know if I blame the actor so much as the script and the direction. Eisenberg isn’t awful, he’s just strange and weird here. It’s a performance that screams “I’m acting!” in every scene, and his overly theatrical work stands out like a sore thumb when everyone else is so sullen and stoic.

The film also awkwardly introduces Gal Gadot as Diana Prince/Wonder Woman, a small role that serves as a teaser for her stand-alone movie next year. It’s a mistake though to have her introduced here as we have no investment or knowledge of her story, so why should we care when she joins the climactic CGI-fest masquerading as a final battle. Sure, she seems to be a kick-ass character with cool powers and weapons, but she doesn’t belong in this movie. Warner Bros. is so eager to play catch up with Marvel Studios that they just threw everything but the kitchen sink into this. It smacks of greed and contempt for the film-going public. Say what you will about the Marvel Cinematic Universe, but they introduced all of their major heroes in a stand-alone movie (Iron Man, The Incredible Hulk, Captain America, Thor) and then combined them all in a near-perfect team-up movie. This film feels like it’s the reverse, throw all of the characters together, and then in a couple of years, put them in a stand-alone movie. You need someone who’s a much better storyteller than Snyder to pull off a film like this, and he seemingly has a lifetime pass at Warner Bros. to keep making terrible movies.

Warner Bros. may have shot themselves in the foot with this movie though, as the negative reaction many people have had will cause them not to keep buying tickets to the plethora of DC Universe movies we have in our future. I’ll check out Wonder Woman in 2017, as judging from Gadot’s brief screen time here, looks like it could be fun in a Thor fantasy type of way. But I won’t be returning for Snyder’s Justice League movies, as this movie has left a bitter taste in my mouth that will most likely remain for a long time.

Not content with ruining all that is good about one superhero in Man of Steel, Snyder decided to do it to another one in Batman v Superman, but while some may enjoy this purely for its effects and visual, to me Dawn was one big yawn.